Toast, Inc is a cloud-based point of sale and restaurant management platform company.

As a product designer for Toast, I designed several features for Toast's core point of sale (POS), primarily used by servers and managers in a restaurant, and for the kitchen display system (KDS), primarily used by kitchen and back of the house staff. I built engaging and efficient interfaces for them, helping them complete complex day to day tasks in a simple way.

Below is a brief overview of some of the key impact driving projects I've worked upon at Toast. For a more detailed slide deck about this work and my process, please contact me. 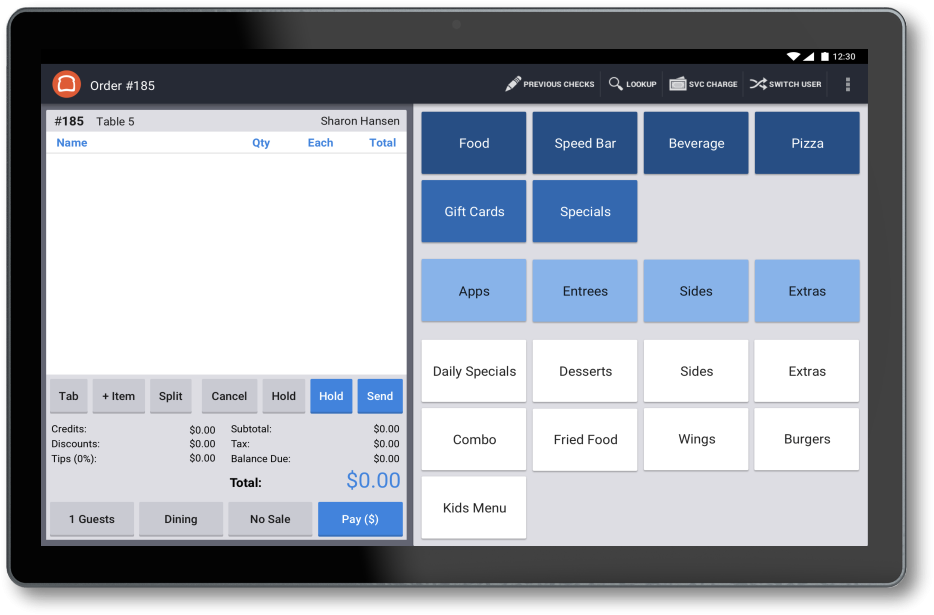 Servers were unable to have any control the pace of a meal for a table, which was a blocker for many restaurants in adopting Toast.

I designed a feature to enable the servers to select specific food items in a table's order to send to the kitchen, while giving them the control to hold items to be sent at a later time.

I conducted discovery research by interviewing customers to understand their restaurant operations and why they felt the need for such a feature to understand their true pain points. After synthesizing the data, I sketched and brainstormed different workflows while gathering feedback from product management and engineering as well as the sales team. Finally I tested concepts with customers to get their feedback and iterate upon them.

This highly requested feature (currently being built) is unblocking sales deals for Toast. It improves the time to place an order, as servers do not have to rely on extensive workarounds. It is the standard for full-service casual restaurants, which form 27% of Toast's customer base. 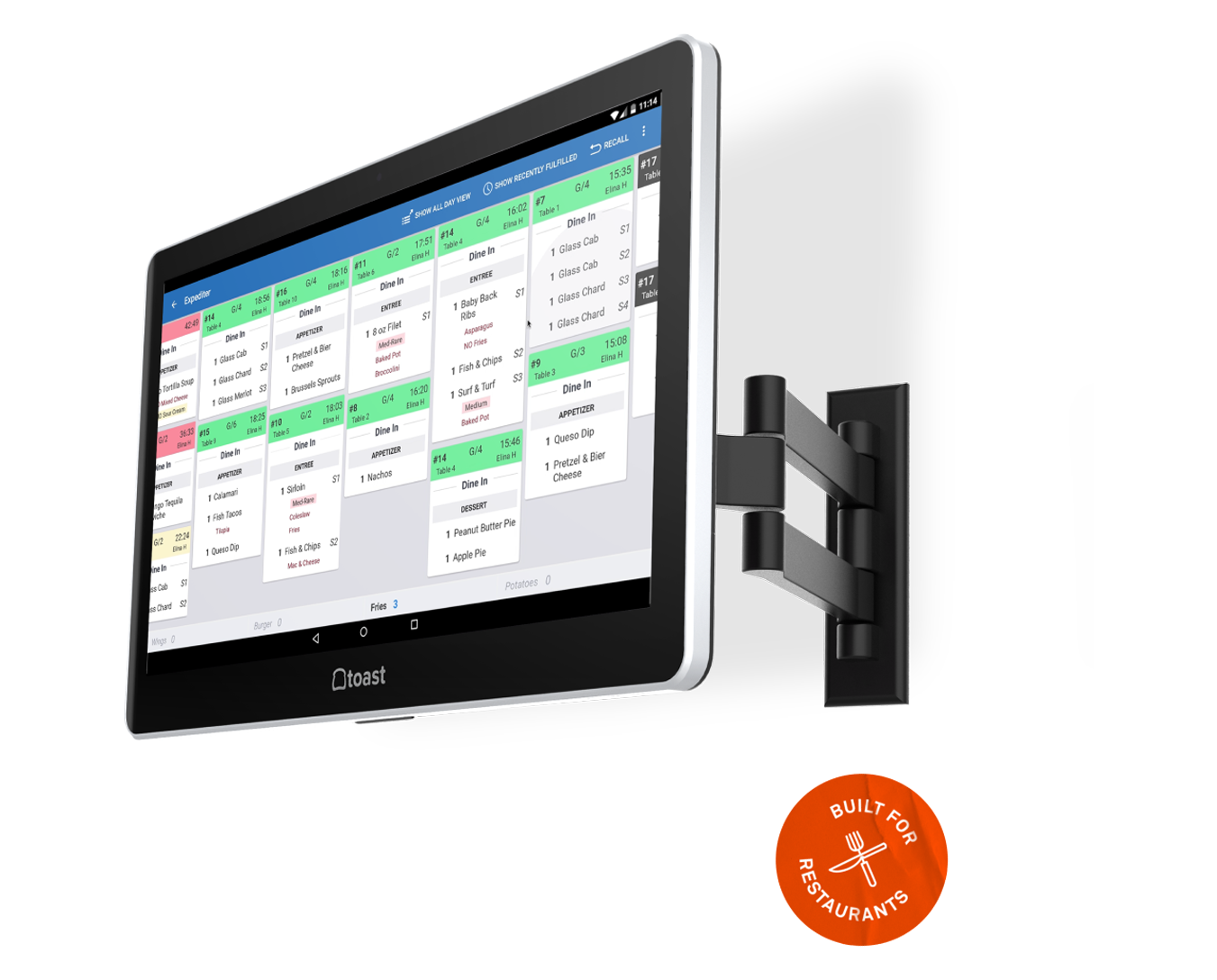 Restaurant staff wanted more flexibility with food tickets on the kitchen screen, like the ability to reprioritize them to streamline the operations in the kitchen.

I designed a feature to give the kitchen staff in a restaurant the flexibility of arranging their tickets in the way they wanted to. The final solution is still WIP due to changes in the team's priorities caused by COVID-19.

I conducted a competitive analysis of existing KDS systems, as well as discovery research by interviewing customers to understand what their expectations were, what it meant for them to mark an order as urgent, and different ways in which they wanted to arrange their orders on screen. Upon synthesizing the data, it was clear that the customers' ask was different from what had been planned for the product roadmap - they wanted a way to move tickets around by dragging and dropping them on the screen. While the engineering team worked on seeing if this was feasible, I also proposed an alternative design to the feature that was being planned - which was both technically feasible and also solved the customer's true need, tapping into both my engineering and designing skills.

I combined the research for two different but related feature asks, thus streamlining the design process and making it lean. My research findings saved the engineering team's time by dropping the planned feature as customers did not really feel a need for it, and helped them look at what could be done to solve for their true need, which was an ability to drag and drop tickets on the kitchen screen. 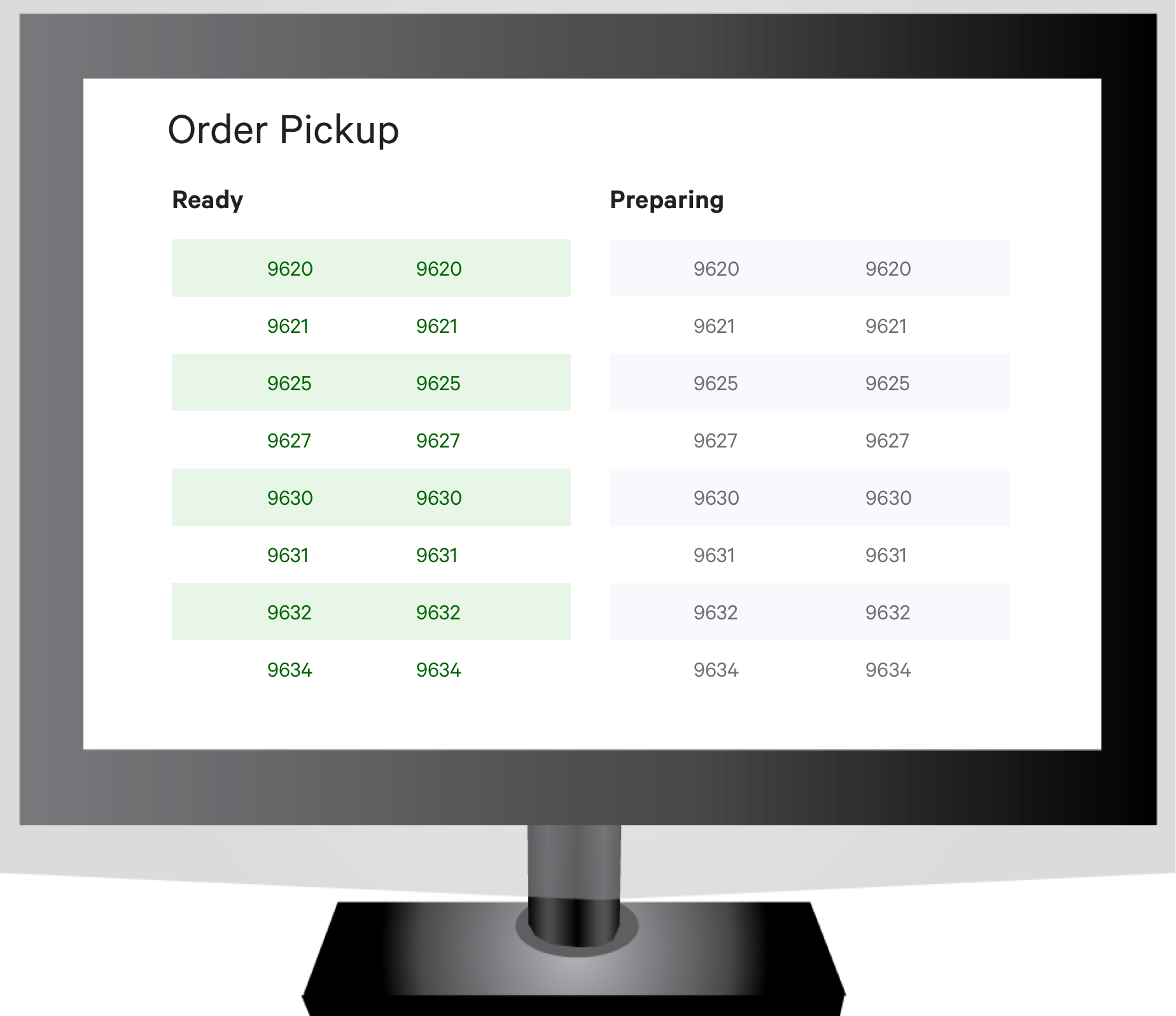 Given the focus on takeout and delivery, with dine-in being shut down due to COVID-19, there needed to be a way consumers could know when their order was ready without interacting with the staff, in order to maintain social distancing.

I designed a screen which showed the consumer what orders were being prepared, and which orders were ready.

Due to restrictions caused by COVID-19, I was unable to directly talk to restaurants to understand the full context around it. Instead - we operated in a lean mode, trying to get an MVP out to pilot to consumers, and iterating based on feedback received. In lieu of primary research, I performed quick secondary research by doing a competitive analysis.

This was designed and developed in 10 days. It is currently on a limited pilot and further iterations are being worked upon.